Feature of the Month

Increase satisfaction and efficiency by offering callers a callback instead of waiting on hold for an agent to answer their call. When a call is routed by the Genesis IS ACD Callback* behavior, the caller is prompted to enter a callback number, date, and time for the callback. Alternatively, the ANI (Caller ID) can be used as the callback number. At the specified date and time, a callback announcement is then routed to an agent.

The Genesis IS ACD Callback feature can be selected as the default, scheduled, override, or ANI match behavior for each client, or can be added to one of the branches of the navigation menu. 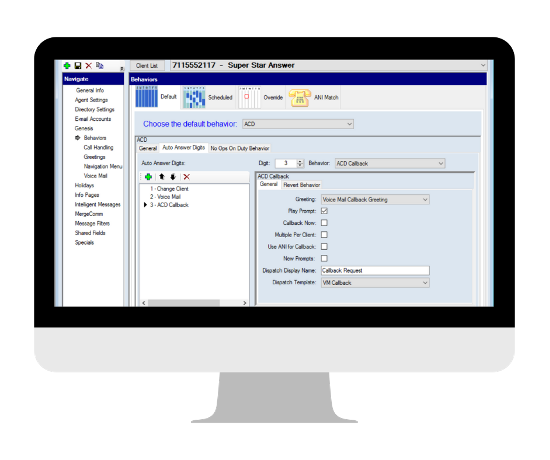 *The Genesis IS ACD Callback Behavior is an optional feature. Contact your sales representative for more information.